Following the ‘crossing’ of the Blue Mountains by Blaxland, Wentworth and Lawson in 1813, Governor Macquarie engaged surveyor George Evans to further investigate the country west of their expedition’s end point (Mount Blaxland), about 5 km short of the then unknown Great Dividing Range (~25km south of Lithgow). Evans completed his expedition in 1814 naming en route a range of geographical features including Evans Crown, Mount Blaxland, Lawsons Sugarloaf and Wentworths Sugarloaf, the Fish, Campbells and Macquarie Rivers, and a series of associated plains including the Bathurst Plains. Based on the information gained as a result of the three explorers’ expedition and Evan’s subsequent trek to the Bathurst Plains, Lieutenant William Cox, under instruction from Governor Macquarie, masterminded the building of Cox’s Road. In reality it was little more than a cart track with high ongoing maintenance costs, running from the Nepean River at Emu Ford to the inland plains. Nevertheless it was a challenge that his team accepted and accomplished in six months on the 14th January 1815, in all a distance of approximately 101.5 miles (163.4 km). He was aided by a team of settlers, convicts and soldiers as well as two Aboriginal men who assisted as guides and intermediaries. It was a remarkable achievement, from both a logistic and an engineering point of view. Nevertheless it was a ‘road’ that would soon need upgrading and major and minor route changes to improve travel times and road grades.

Cox’s Road and subsequent derivatives and/or alternate routes, provide the back drop for the many descriptions of landscape, including paintings and photographs, and natural history associated with these various routes as recorded by explorers, naturalists, scientists, travellers, landholders, miners and settlers who travelled over them. Contemporary ecologists (*1) view these routes as ‘sampling transects’ from the Nepean to Bathurst, enabling a focus on various aspects of the natural history and ecology of these transmontane routes. These hug a narrow ridgeline across the Blue Mountains, while west of Mount York they cross granite country, the geological change partly accounting for the quite different vegetation east and west of Mt York.

By visiting the sites chosen to interpret the natural history of Cox’s Road and its derivatives, participants will be able to reflect on what various travellers saw or did not see, and with its first inland settlement and the imagined lands beyond.

Cox’s Road persists east of Mount York as fragments on the edges of the now dominant Great Western Highway, mostly buried underneath metres of filling and layers of bitumen.

*1 Ecology is a branch of science exploring the interactions of living things with their environments, often using the skills shared in common with natural historians, but seeking to create patterns of understanding that help make sense of a complex world. It is somewhat similar to gathering pieces of a jigsaw and ending up with a picture that makes sense, although in practice there are always missing pieces! Ecology as a science began to emerge in the mid-19th C. Hence Charles Darwin when visiting Bathurst on leave from the Beagle in 1836, was a great example of the emerging science being both a superb natural historian, a collector of organ- isms and geological specimens as well as gathering observations from around the world, subsequently using them to synthesise his theory of evolution – putting a very complex jigsaw together. PS Darwin came inland to Bathurst using parts of Cox’s original route as well as sections of alternate routes that had been constructed post 1815! 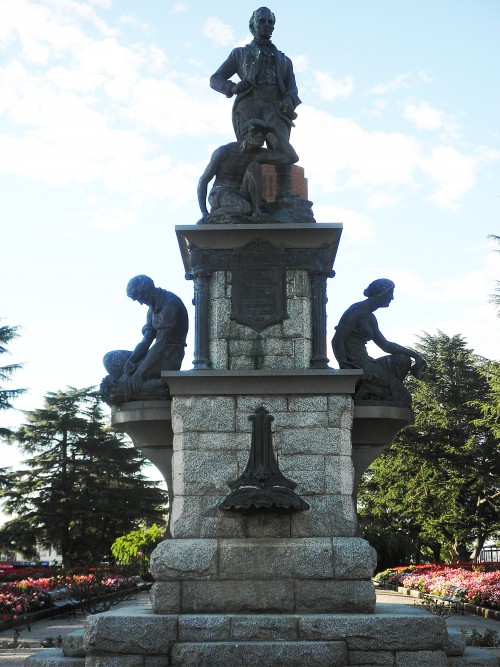